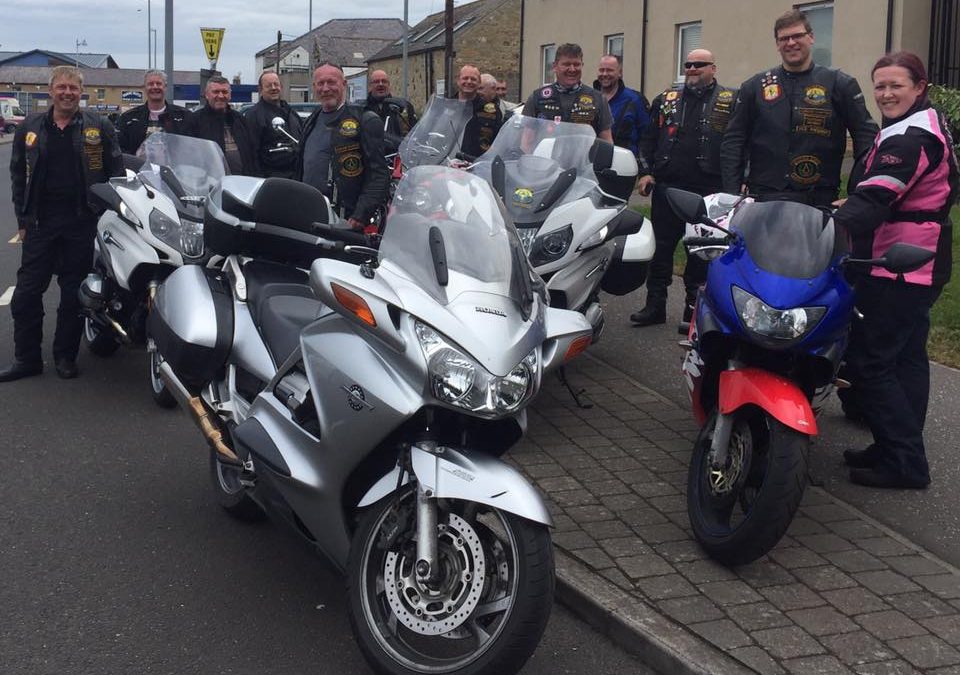 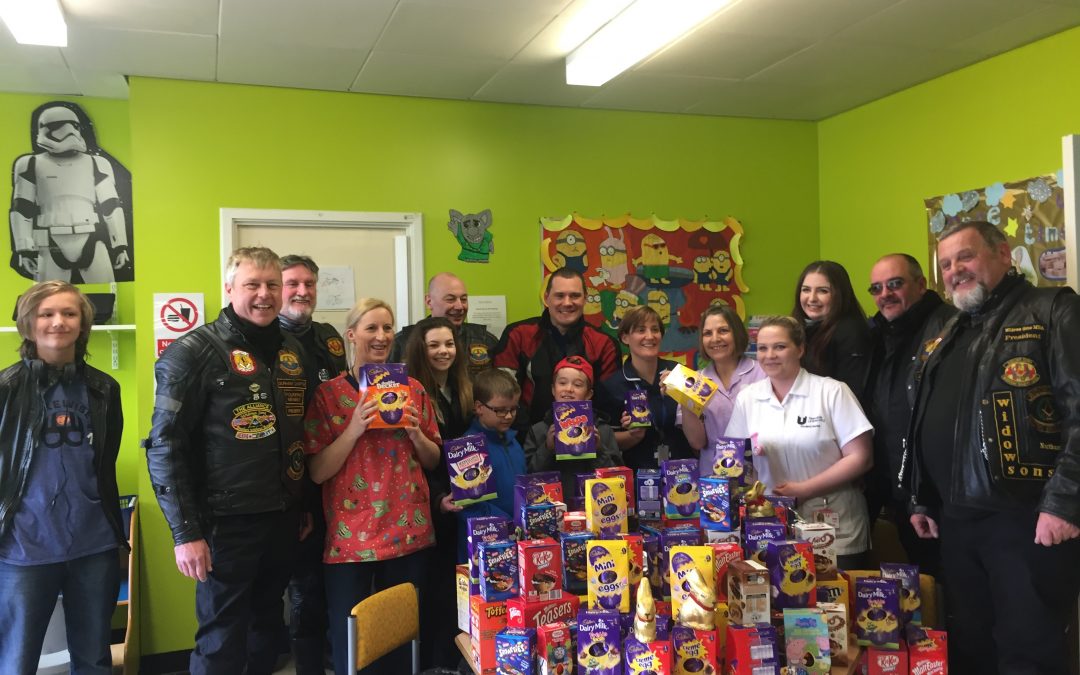 For the second year Durham Chapter were asked to lead the Durham Easter Egg Run.

Thanks to Northumberland Chapter for their support – The procession of over 1000 bikes were lead by Ride Warden, Andy (Hoggy) Bridger, followed by Presidents Trevor Harbottle (Durham) & Mike Ewart (Northumberland) and members of both Chapters.

This was a fantastic spectacle and a truly great day delivering Easter Eggs to the Children’s Wards of Darlington and Durham hospitals. 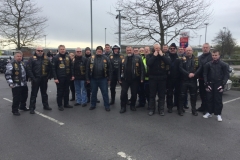 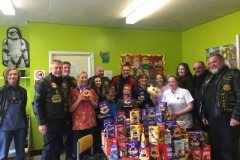 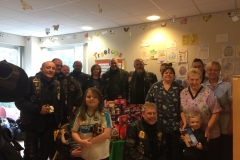 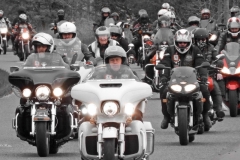 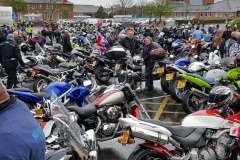 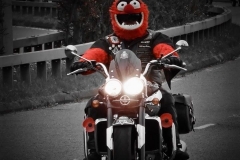 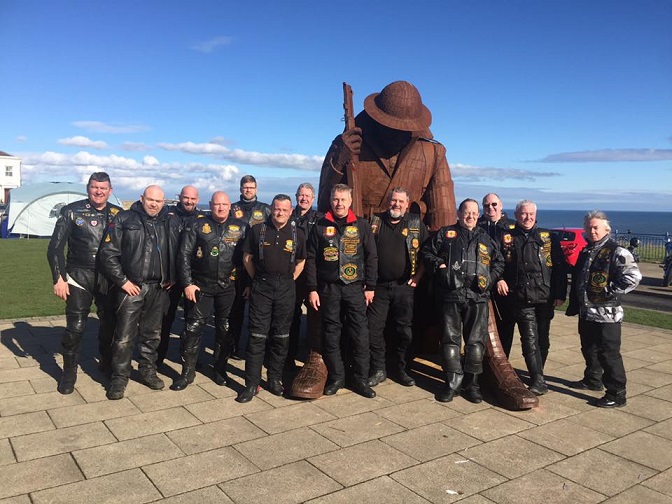 As it was the first RideOut of the season, we didn’t venture far.

The weather was fantastic for a trip to the coast, destination Seaham to visit the Tommy statue.

We then headed down the coast to Hartlepool and on to Seaton Carew for some fine Fish & Chips.

Great turn out with 16 bikes from both Durham and Northumberland Chapters – Here’s to another great riding year. 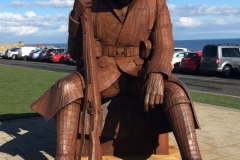 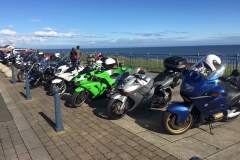 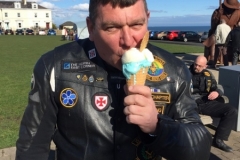 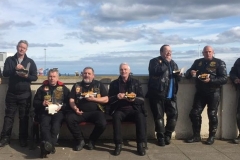 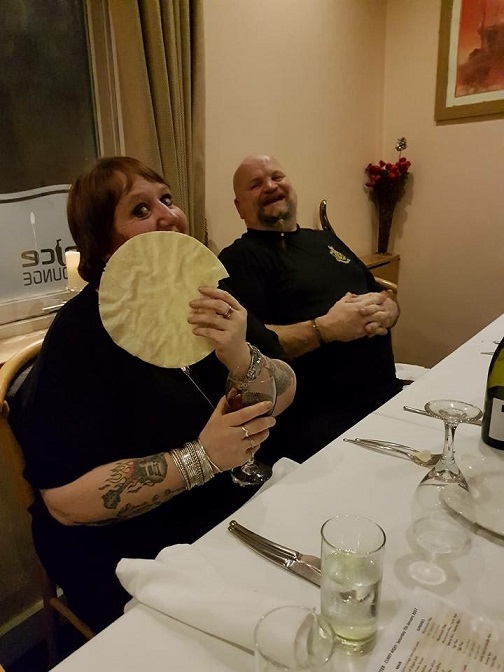 Members from both Durham and Northumberland Chapters joined together for a great evening of comradery, fun and friendship.

The bikes were left at home and the wine started flowing.

We’ll definitely be doing this again! 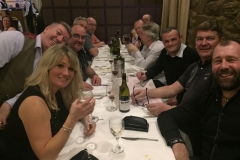 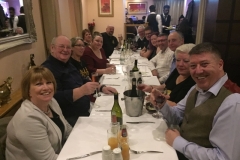 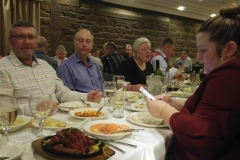 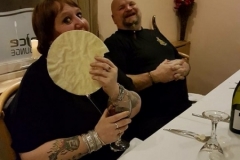 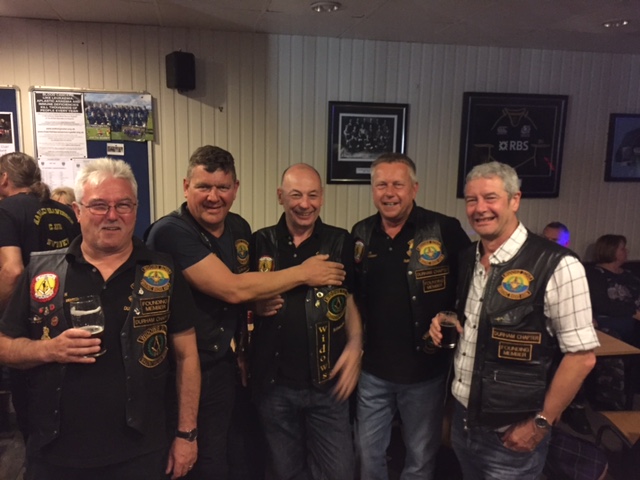 The National AGM of the Widows Sons was held in Falkirk by our Scottish Chapter – Attended this year by over 250 Widows Sons.

A few of us met WS from Norway, Germany and Switzerland from the ferry terminal in Newcastle and escorted them accross the border and on to Falkirk.

After a very “Masonic” evening on Friday we enjoyed a RideOut arround the Trossachs National Park on Saturday morning.

The AGM was held at 3pm and Presidents of every Chapter were present to discusss the progress of the Widows Sons nationally.

The fesivities then continued well into the evening (early hours of Sunday for some).

After breakfast we all returned to our home provinces on what was a fantastic riding day.

Thank you to WS Scotland for a most enjoyable and memorable weekend. 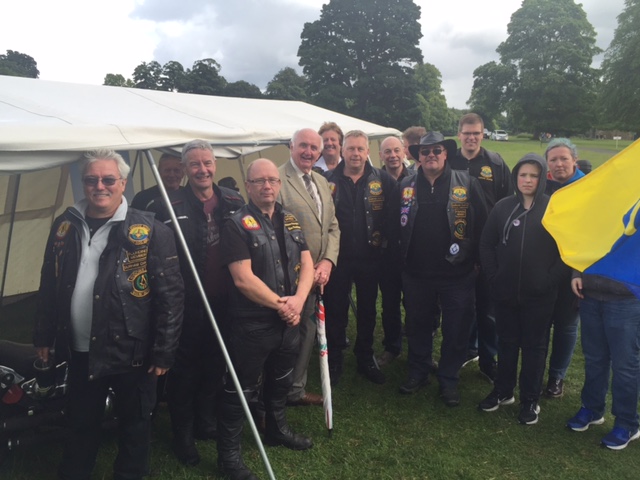 The Raby Gala is an family fun day event organised by the Provincial Grand Lodge of Durham and is in aid of The 2021 RMTGB Festival.

The Durham Chapter of The Widows Sons set up at marquee and in all, sixteen menbers attended with 12 bikes.

The highlight of the day was presenting a cheque to the Provincial Grand Master for £500 towards the Festival, which was gratefully received.

It was a great day and we had many visitors to our stand and gained four new members. 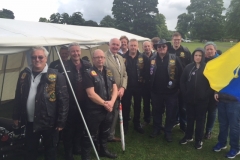 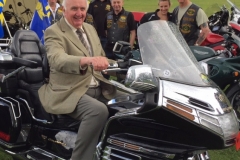 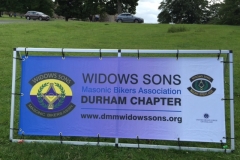